The Sterling Singers is a community choir whose primary mission is to testify of the Lord and Savior, Jesus Christ, through music, and inspire its audiences to follow His teachings. Its repertoire includes the works of the Masters as well as the timeless music of contemporary composers.

The Sterling Singers is a non-denominational community choir of volunteers from Utah's Wasatch Front. It was founded in 1994 by Sterling Brimley with just over 30 singers and has flourished and grown in size over the years under the direction of a number of great conductors and accompanists.

Highlights of the choir's yearly performances are the traditional Christmas concerts. Past concerts included the works of Dr. Crawford Gates, as well as the debut of his original opera, Joseph, Joseph; the Requiems of Brahms, Rutter and Fauré; John Rutter's Gloria and Magnificat; a patriotic concert honoring the victims of 9/11; the 150th Commemoration of the Mormon Battalion; a concert with the Salt Lake Symphony, and Ludwig van Beethoven's Ninth Symphony with the Lyceum Philharmonic Orchestra among others.

In addition to many memorable concerts, the Sterling Singers had a special opportunity in 2013 to perform in the LDS Conference Center with international child prodigy, Jackie Evancho, along with other nationally-famous artists. In 2015, the choir also had the privilege to open Christmas Season on Temple Square by performing in the Salt Lake Tabernacle with over 350 singers and an orchestra, showcasing many Christmas favorites.

The choir expanded their performance schedule in 2008 to meet the continuous demand to sing sacred musical selections in LDS Worship Services and Choirsides (musical firesides) at wards and stake centers throughout the Salt Lake. Davis and Tooele County areas, singing their testimonies of Jesus Christ in soft tender tones as well as in fortissimo!

The Sterling Singers invite capable choral singers of all denomination to join and share their musical talents with its audiences. 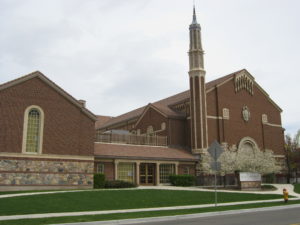